All You Need to Know about Pap Smear Test 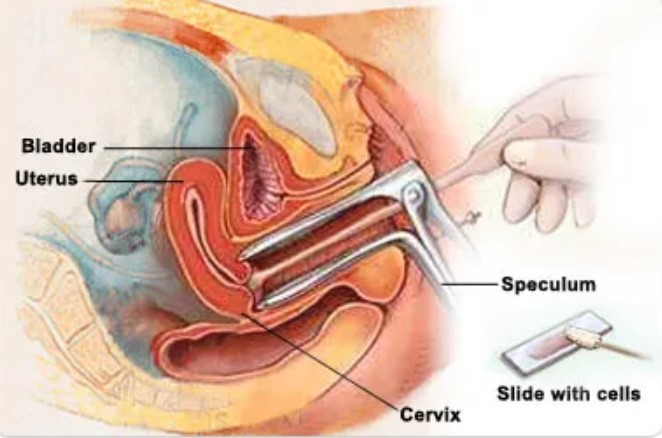 Pap smear is a medical test that is conducted for cervical cancer in women. Apart from diagnosing cervical cancer, this test can also help to disclose early signs of cancer by revealing changes in the cervical cells. It is a part of a gynecological test a woman undergoes.
To conduct this test, cells are taken from the cervix’s tip, which is the lower part of the uterus. A speculum is used to reach the cervix as it helps to open the vagina and cell samples are taken using a spatula or a small brush. These samples are collected in a small jar and then sent to the lab for examination. It is a painless test that doesn’t take a long time to be conducted.
The result of a pap smear test is available in a matter of few days. It can be either positive or negative. If it is negative, there is nothing to worry about as it implies that are no cells in your cervix that can lead to cervical cancer. However, in case the result is positive, this is still not a major concern as a positive pap smear test doesn’t make it certain test that you have cervical cancer. It can be a case of an inflammation or dysplasia, a condition in which there are minor changes in cells. In the latter condition, the cells go back to their original form on their own so there is no treatment required.
In order to be certain, your doctor may suggest you take another pap smear test to see whether the abnormal cells are still there or not. If they still exist, more tests or a colposcopy may be recommended by them for proper diagnosis purposes.
Once you have reached your adulthood, it is firmly advised to have a pap smear test once a year. However, your doctor may recommend a different routine of a pap smear test in certain cases. For example, for women who have shown consistently normal results, they may be asked to have this test in every two or three years. On the other hand, if certain abnormalities have been found, the doctor may recommend to have more tests within a year. Apart from that, if a woman has HIV or is suffering from any other immunity-related disorder, she may need to have more than one tests within a span of one year.
It is important to note that in certain cases when extremely few abnormal cells exist, a pap smear test may not show accurate results.
Lastly, every woman is advised to have this test on a regular basis. The reason for this recommendation is that cervical cancer can take quite a few years to develop. Hence, if one pap smear test has shown negative results, it doesn’t guarantee that the risk of cervical cancer is totally eliminated. The consequent result may show a positive result and further tests may be recommended by the doctor, depending on the types of abnormalities found.

CAN’T GET RID OF THOSE EXCESS POUNDS – LET ONE OF OUR TEAM OF MEDICAL EXPERTS DISCUSS HOW YOU CAN LOSE WEIGHT AND KEEP IT OFF WITH OUR MEDICAL WEIGHT LOSS PROGRAM.